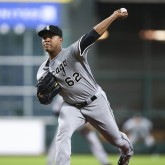 1. So Chris Sale made his fifth-straight All-Star game, a honor he has received every year since he became a starter, and he could easily earn the honor of starting the game, since AL starting pitching has thinned out and he’s painting his masterpiece and blahgeddy blah blah blah. Jose Quintana, a very good starting pitcher […] 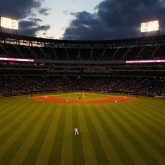 After taking University of Miami catcher Zack Collins with their first pick Thursday night, the White Sox doubled up on a pair of college right-handers, taking Zack Burdi and Alec Hansen with the No. 26 and No. 49 picks, respectively. Burdi, a relief pitcher from the University of Louisville and the brother of Twins 2014 […]