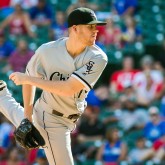 While the Braves fired the first significant free agent shot of the offseason, signing Josh Donaldson to an expensive one-year deal, many of the major pieces have yet to move.  With Thanksgiving behind us and the Winter Meetings approaching, we can expect the hot stove to heat up in earnest. Or hope so, there’s a chance […] 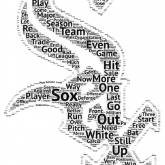 While the site has gone dark of late as our staff has been working diligently on their portion of the 2019 Baseball Prospectus annual and White Sox Prospect List over at the main site, the White Sox announced they had added Dylan Cease, Kodi Medeiros, Seby Zevala, and Jordan Stephens to the 40-man roster.  None […] 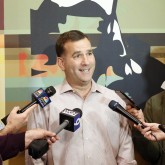 White Sox fans hoping for a big leap forward at the major league level in 2018 were disappointed, to say the least.  Yoan Moncada and Tim Anderson made a variety of improvements around the margins, but neither had a true breakout.  Carlos Rodon and Reynaldo Lopez made some progress, but not enough to where you […] 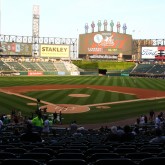 If one wanted to, one could use Juan Minaya as a microcosm of the White Sox Rebuild and 2018 as a whole.  Acquired off waivers from Houston in late June 2016, Minaya arrived right around the death of the last White Sox contention cycle.  Like many players on the 2018 roster, he was not one of […] 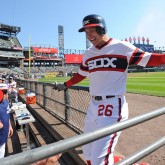 2018 contained all of the vast, infuriating multitudes which combine to form Avisail Garcia.  After a breakout 2017 campaign where Garcia mostly stayed healthy and actualized all of his weird profile — you know, where he looks like a classic middle of the order hitter but instead is driven by contact, hitting to opposite field, and […] 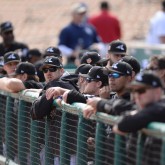 On the one hand, the arguments to draft Zack Burdi with the 26th overall pick in 2016 were pretty clear: relievers are playing a bigger role on major league rosters than ever before, and Burdi looked like a basically ready-to-go out of the box late inning reliever, with huge velocity and two potential plus secondary […] 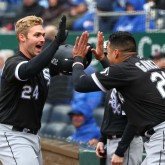 Regardless of how you come down on whether or not the White Sox should have called up Eloy Jimenez for September* coming into the year the next wave of outfielders was nowhere near the majors.  Jimenez had only a brief look at Double-A to end 2017. Luis Robert had yet to play stateside. Luis Alexander Basabe, […] 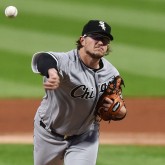 Talent can be acquired without the use of first round draft picks.  Jose Ramirez was an international amateur free agent,  Paul Goldschmidt was an 8th round pick, J.D. Martinez 20th round, Mookie Betts 5th round, and Giancarlo Stanton was a second rounder for the Marlins before becoming a trade acquisition for the Yankees. Still, if […] 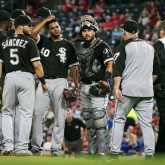 The fun part of the season came and went rather quickly.  The White Sox went 17-12 in August, despite series against the surging Rays, Cleveland, the Yankees and a few games against the Red Sox.  During that run, they allowed only 4.38 runs per nine, as Lucas Giolito, Reynaldo Lopez and the newly-arrived Michael Kopech […] 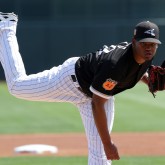 The best stretch of the White Sox’ miserable season collapsed quite quickly, culminating with the news that Michael Kopech had torn his UCL and would not pitch for the White Sox again until 2020.  For the thousandth time, it seems, I find myself saying, “With the caveat that wins and losses don’t matter this year…” […]

Tags: Reynaldo Lopez, The Rebuild Is Not On Nor Is It Off | Leave a comment