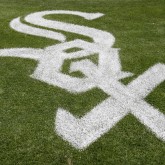 Monday, when previously rumored news that major league baseball was banning hazing practices that compelled rookies to dress up as women became official–among other restrictions–there was unsurprisingly a scattered collection of irritation from players who had been through the ritual in their career. Kevin Youkilis expressed outrage and said he was proud of the Hooters costume […]