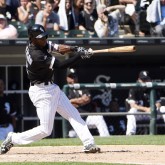 It’s hard to fathom a scenario where the White Sox could hit seven home runs in a game. It’s even harder to imagine they could hit seven in a single game and lose. Somehow, that’s what happened on Saturday as the Sox took a host of Toronto pitchers deep seven times — all of the solo variety — […]