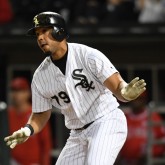 I am told that the World Series is over and the offseason has begun.  Indeed, it seems the Angels agreed to a 5-year arrangement with Justin Upton within mere moments of Carlos Correa proposing to his girlfriend. After a 2015-16 offseason that commenced with two exciting additions and then deteriorated into a death march of […]