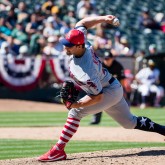 Gordon Beckham was supposed to be the next great Chicago White Sox third baseman. If you’re clicking on this article, you’re probably well aware that things didn’t quite work out that way. Beckham had a good rookie campaign that was followed by years of struggling to arrive at a .200 batting average while providing essentially […] 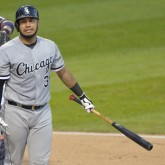 While it has been a rough season in many respects, one particularly disappointing aspect of 2016 has been–through misfortune and persistent organizational weakness–the lack of young players to watch with hopeful optimism. After all, once it’s clear a team’s immediate playoff fortunes have been dashed, the most obvious pleasure in continuing to watch derives from […] 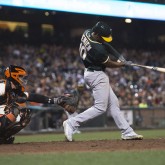 White Sox fans have long suffered the plight of watching this organization start players that the baseball world at large knows are best suited for other roles. You can only stretch one player so far, and you certainly can’t ask more of him than which he’s capable. Yet many of these “unsuccessful” White Sox players […] 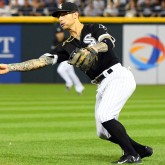 1. Atlanta coming to town means our beautiful prodigal son is returning home to his kingdom. Gordon Beckham is back off the disabled list this week after absence due to a hamstring strain that persisted so long it would make Alex Avila blush. Missing five weeks means he hasn’t had the time nor the opportunity to […] 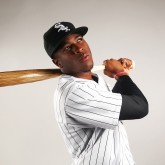 Friday’s announcement that the White Sox are bringing Tim Anderson to the major leagues creates mixed feelings of excitement and fear. But it’s the fear part I can’t seem to get past right now. Anderson’ ascension to the majors is the most important move the White Sox will make this season. Not necessarily for the […] 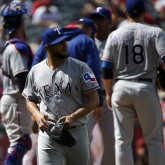 Martin Perez was once a well-regarded prospect.  After a few years of roughly league average results, Perez missed the bulk of 2014 and 2015 with Tommy John surgery.  One could charitably describe his first three starts of 2016 as “effectively wild,” given that he hasn’t been lit up, per se, but he has also walked more […]

It’s no secret. As White Sox fans, and even most baseball fans are probably aware, the production that the South siders have seen out of their plethora of second and third basemen has been transient and more times than not, quite ugly. The men penciled into the lineup cards each day and each year lacked […]