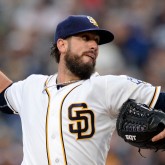 The White Sox and Padres have agreed in principle to a deal that will send James Shields to the South Side of Chicago, according to FanRag’s Jon Heyman. While details are not yet clear, the San Diego Union-Tribune’s Dennis Lin reported that the Padres are interested in Fernando Tatis, Jr., a White Sox signee from […] 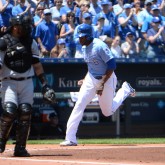 For the third straight game, the White Sox bullpen blew a late lead to the Royals and the Sox fell 5-4. The Royals are now in first place in the AL Central and the White Sox are in third. Baseball sucks and life is pain. Team Record: 27-24 Next game will be far too soon […] 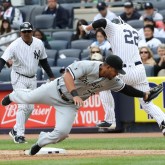 The White Sox finished up their agonizing six-game road trip on Sunday, falling to the Yankees 7-5 to bring their record on the trip to 2-4. After getting Aroldis Chapman back from suspension for domestic violence earlier this week, the Yankees have been able to deploy their three-headed monster of Andrew Miller, Dellin Bentances, and […] 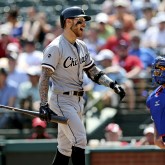 For the second straight game, the White Sox bullpen coughed up a lead to the Texas Rangers, falling 6-5 and bringing their record to 23-12. For the first time all year, the White Sox fell in a game started by Mat Latos. Of course, this was bound to happen, and looked increasingly inevitable in Latos’ […] 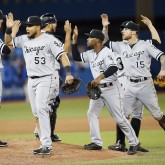 Wednesday night, the White Sox recorded their fifth shutout victory of the season, blanking the Blue Jays 4-0 en route to their sixth-straight victory and an MLB leading 16th win. On the back of a pitching staff that has allowed an MLB-low 2.42 runs per game, the White Sox have the best run differential in the American […] 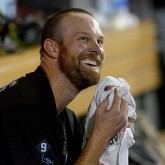 The White Sox lost to the Rays 5-2. They were completely shut down by Erasmo Ramirez, who needed just 66 pitches to get through five and two-third scoreless innings. John Danks pitched like John Danks, struggling through six and a third and allowing five runs on three walks and six hits, two of which left […]

Tags: #BallsOnTheCase, :(, At Least They're Still Winning, John Danks, what an awful game | Leave a comment 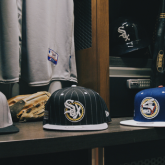 The White Sox, New Era, and Chicago-based rapper Chance the Rapper have announced a partnership that will feature three new White Sox snap-back hats and a new commercial featuring Chance. Chance, who grew up in Chicago’s West Chatham neighborhood, will be throwing out the first pitch before Friday’s White Sox home opener against the Indians as well as doing voice overs for […] 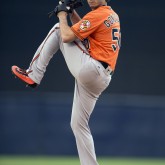 The White Sox have signed former Baltimore Orioles RHP Miguel Gonzalez to a Minor League deal, according to Eduardo Encina of the Baltimore Sun. Gonzalez, who was released by the Orioles earlier in the week, will presumably start the year with AAA Charlotte as rotation depth in case of injury to or struggles by any of […] 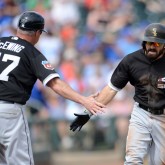 In Tuesday’s game against the Rangers, the White Sox hit two more home runs to bring their Spring Training total to an MLB-leading 48, four more than the second-place Cubs. While not the national story that L’affaire LaRoche was, the White Sox power output this spring has caused a bit of a buzz around the […] 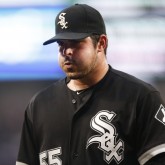 On April 21, 2015, Carlos Rodon made his major league debut, appearing in relief against the Cleveland Indians to throw 2.1 innings, allowing two runs, walking three, and striking out only one. Rodon’s debut was only preceded by Brandon Finnegan, then of the Royals, among players drafted in 2014, and one of only seven made by players […]