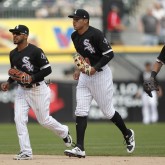 In 2016, the last gasp of the Contending White Sox managed only five wins out of 19 games against the Kansas City Royals.  The Rebuilding 2017 White Sox now have 60 percent of that win total in only three chances, outscoring their erstwhile nemeses 27-8 en route to a sweep, and moving to 11-9 on the year. […] 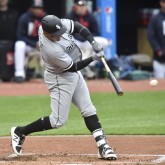 The White Sox offense exploded Thursday night to a 10-4 win over the Indians. That win allowed them to seal the series victory over a Cleveland team that looks like it should win the AL Central with ease. It also pushed the White Sox to a .500 record of 4-4 in this early juncture of the […] 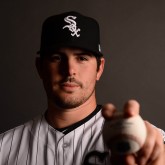 Carlos Rodon has flashed utter brilliance during his first two full professional seasons. The problem, however, is that it has come only in flashes. For a week or a month at a time Rodon dazzles us with his dominance on the mound only to have it followed by stretches of complete disappointment. His hot streaks […] 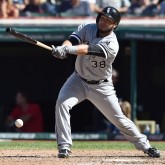 One of the most puzzling decisions the White Sox made going into the 2016 season, a season fully meant to be one resulting in at least a Wild Card chase, was replacing Tyler Flowers and Geovany Soto’s perfectly serviceable seasons at catcher with a platoon of Dioner Navarro and Alex Avila. The company line about […] 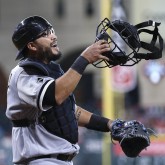 The accepted wisdom at this point seems to be that the 2016 White Sox invested in non-framing factors at the catcher position in the hopes that the new catchers’ other virtues would compensate for the harm they would cause. Of course, they wound up doubly bitten by the fact that Dioner Navarro didn’t contribute on offense at all, and […] 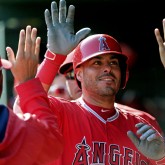 Until an official announcement is made, the most experienced catcher in the White Sox organization is still Omar Narvaez. The 24-year-old needed a freak stretching injury to Kevan Smith to leapfrog up the depth chart to get any major league time at all in 2016, and only exceeded his rookie limits by way of service […] 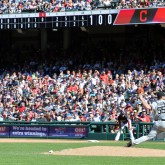 The White Sox front office expected the team to compete in 2016, as did many fans. However, in order to compete the White Sox needed quite a few unlikely things to happen. One of those things was having Carlos Rodon grow into a top of the rotation starter. Rodon had a very encouraging finish to […] 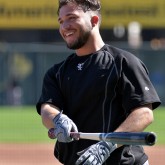 The White Sox kept tacking on incrementally throughout the game, such that a close pitcher’s duel gradually morphed into a laugher.  James Shields of all people pitched six innings allowing only one run while striking out six and only walking two. Shields entered the game leading the majors in HR/9 allowed, surrendering over two per […] 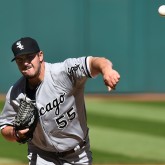 With the Tigers getting poleaxed by Royals on their own field at the time of this writing, the Indians just needed a victory against the deeply scuffling White Sox to be celebrating an AL Central title in their clubhouse Sunday afternoon. Which…wouldn’t be the end of the world. It’s not like the White Sox have skin […] 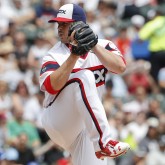 Last year, rookie pitching phenom Carlos Rodon made his major league debut on April 21, 2015. Rodon had been selected as the third overall pick in the first round of the draft on June 5, 2014. Not even one year after being selected by a major league organization, Rodon found himself a part of that […]