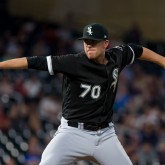 Aaron Bummer When the White Sox sent Aaron Bummer to Triple-A following a June 2 loss to the Brewers, it was a bit surprising. In 26 appearances to that point, Bummer had thrown 19 1/3 innings with 21 strikeouts against just six walks and a respectable 3.26 ERA. Still, the underlying numbers told us he […] 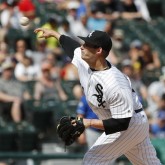 It’s easy to forget that Tyler Danish won’t turn 23 until September. After all, he was drafted in 2013 and he reached Double-A by 2015. He’s not a flashy prospect, either, given that he’s a right-hander with a fastball in the low 90s.  Indeed, he misses bats at a low enough rate that I made the […] 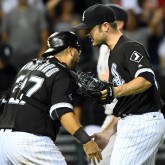 For anyone out there that enjoys blackjack, “going back to the well” is something you don’t want to have to do. My friends and I use that term to refer to the process of sitting down at the table, losing all of your money, and then going to the ATM to get more money to […] 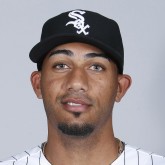 After three less than stellar relief appearances that somehow only managed to span 1.2 innings pitched, the White Sox have decided to once more activate their revolving reliever door and sent Tyler Danish down to Charlotte. Seeing as Danish was in Birmingham a week ago, if not for a horribly depressing week in the majors, […] 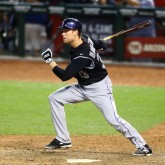 On the heels of the first major acquisition of the season throwing batting practice to the Washington Nationals, the White Sox announced a flurry of transactions today in the hours leading up to the start of the amateur draft. I. Mat Latos — DFA’d — Despite his fluky April, Latos crashed back down to Earth with a […]