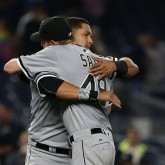 A much needed Chris Sale Day. When the rotation starts shaping up to Sale, Quintana, then I don’t wanna, you have to ask yourself how this team is still in first place. The White Sox haven’t won since the last time Chris Sale pitched, and other than Quintana’s start they’ve allowed more than five runs […] 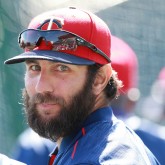 Between Ervin Santana (4/$55 million), Ricky Nolasco (4/$49 million), and Phil Hughes (5/$58 million), the “small market” Twins have allocated $162 million to a 4th starter, a 5th starter, and a guy who may not be in the league anymore but for the money he’s being paid.  One suspects they would have been better off just dumping […]