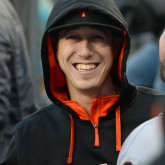 After months of…well, the word “suspense” imbues the event with more significance than it deserves, so not that, but months of expectation, it has been announced that Tim Lincecum will have his showcase for prospective teams this coming Friday.  Unsurprisingly, his goal is to land a spot in a starting rotation somewhere, and Jon Heyman […]