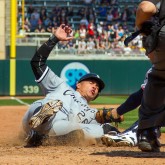 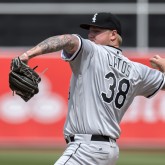 When Mat Latos was signed late in the offseason, it became clear that the race for the final back end starter spot would become a bit more interesting. When Erik Johnson and Jacob Turner struggled in Spring, there became less doubt in everyone’s mind that Latos would end up becoming the man for the job. White Sox fans shrugged […] 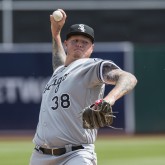 1. “The last time the #WhiteSox were 3-1 they won the 2005 World Series.” -Bob Nightengale. Well, then. Those are the stakes. 2. Mat Latos didn’t really have no-hit stuff Thursday afternoon, numbers aside. Low-90s with a loopy curve and five swings-and-misses in 88 pitches doesn’t scream “breakthrough,” but Latos’ rave reviews for his battery-mate were […] 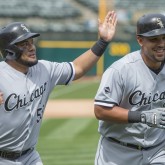 It’s typically a good place to be when Chris Sale has the most runs given up by any starter on the team all season, and the Sox’ streak of hot starting pitching survived its greatest test to date as Mat Latos cruised through six innings in Oakland. A go-ahead bomb by Jose Abreu in the […] 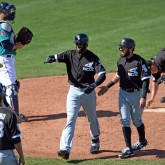 The nitty gritty elements of baseball are back. With the beginning of the White Sox season, returned are the days of passing notes like “The team plane didn’t land until 3:00am last night,” and “looking for Chris Sale to go deep into the game after his bullpen covered seven innings yesterday,” and “it’s closer-by-committee today […] 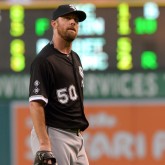 The back end of a team’s rotation is usually a hodgepodge of ugly, erratic and mostly incompetent arms. They’re littered with has-beens and never-weres; a gluttony of guys who make fans cover their eyes and cross their fingers, hoping beyond hope that they can make it through five innings — six if they’re particularly lucky […] 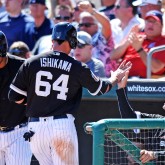 To say that White Sox camp has been anything less than eventful thus far would be a vast understatement. During the last week, the events surrounding the LaRoche family and the White Sox have turned the team into media darlings. The week-long fiasco known as “L’Affaire LaRoche” was no longer just a White Sox Spring Training story, it […] 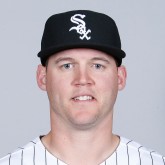 It would be understandable if the day’s events made it feel like a Spring Training game involving the Tampa Bay Rays was not the most transformative thing going down Tuesday. Luckily, the White Sox have Jose Abreu‘s perspective on hand. 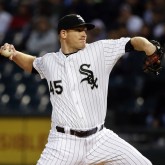 The redemptive tale of Erik Johnson altering his mechanics and reviving his career hit a very troubling snag Monday. 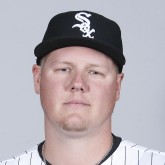 To start things off at BP South Side, we are reviewing the offseason moves of White Sox GM Rick Hahn in a staff-wide series. Here, Cat Garcia reviews the Mat Latos signing.